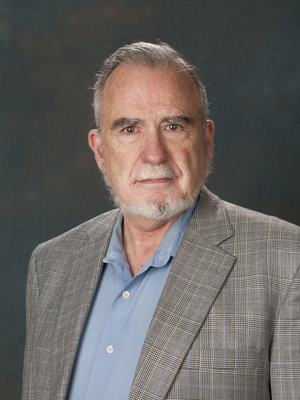 Bob Wing ‘61 is pleased to announce that he has made a starter gift to the Robert F. Wing Fund for Undergraduate Research in Astronomy, and he would like to invite and challenge others to join him in supporting this important fund in the Yale Department of Astronomy. The challenge will run from December 2022 to June 2023, and those interested in participating will have the opportunity to do so during that time.

In the spring of 1959, Bob Wing ‘61 was the only student to sign up for a newly-offered major in “Astronomy and Physics,” which would later become known as the Astrophysics major, so that Bob can be considered Yale’s first Astrophysics major. After graduating in 1961, Bob went to the University of California, Berkeley, for his PhD in Astronomy (1967). As a graduate student, while working on his dissertation on the near-infrared molecular spectra of late-type stars, he found himself – rather by accident – investigating the spectra of matches and thereby solving the puzzle of the reported “potassium flare stars.” That sidelight on his research is an interesting story in itself, and it is told in full, for the first time, in this issue.

Since completing his PhD, Bob taught for many years in the Department of Astronomy at Ohio State University. While he no longer teaches, he maintains his interest in astronomical research, and in particular has supported Yale’s participation in the SMARTS consortium.

The Wing Fund is a current use fund to support the Department of Astronomy. It will enable undergraduate students to participate fully in the research activities of the Department.

It will permit the Department’s students, including members of historically underrepresented groups, to experience the benefits of direct interaction with ground-based observational technology by supporting student travel to observatories and data-analysis skill building. The Fund will also support the cultivation of student outreach communication and presentation skills to all levels of audiences.

Please visit the For Humanity: The Yale Campaign and follow the steps below:

Or, you can send a check payable to Yale University to the address below with Robert F. Wing Fund for Undergraduate Research in Astronomy and designation number 15108 in the memo line.

If you have any questions about supporting the Robert F. Wing Fund or other efforts in astronomy, please contact the Chair of the Department of Astronomy, Priya Natarajan at priyamvada.natarajan@yale.edu.