The local expansion rate of the Universe, the Hubble constant, is one of the fundamental parameters in our current concordance cosmology and one that anchors the expansion history of the Universe. The resolution of the historical factor-of-two controversy in the Hubble constant nearly two decades ago (e.g., the Hubble Space Telescope Key Project; Freedman et al. 2001) has evolved into a > 4.0-sigma tension between the traditional Cepheid-distance ladder measurements (Riess et al. 2019) and that determined from modelling anisotropies in the cosmic microwave background (CMB; Planck Collaboration et al. 2018). At the heart of the tension, is not only a difference in method, but also a fundamental difference in the state of the observed Universe: the distance ladder measures the local rate in the nearby universe (e.g., z~0), whereas the CMB anisotropy measurements use the very young Universe (z ~1100).

The resolution of the tension requires (i) a full-scale evaluation of the systematic effects in either technique or (ii) “new physics” added to the standard cosmological model. The trigonometric parallaxes provided by Gaia in the near term permit an unprecedented opportunity to use alternative standard candles and construct a full end-to-end distance ladder without Cepheids. The Carnegie-Chicago Hubble Program is doing just that; we have just completed construction of a new distance ladder that relies on the tip of the red giant branch (TRGB; Beaton et al. 2016, Hatt et al. 2017, Jang et al. 2018, Hatt et al. 2018a,b, Hoyt et al. 2019, Beaton et al. 2019, Freedman et al. 2019). As I will demonstrate, this not only provides a direct cross-check on the Cepheid path, but there are numerous advantages to using a distance indicator that, as a standard candle from old stellar populations, is nearly ubiquitously present low-crowding and low-extinction components of galaxies. More specifically, by being able to calibrate every ‘local’ SNe Ia and easily probing ever-larger volumes with JWST and WFIRST (Madore et al. 2018, Hoyt et al. 2018), the TRGB-based distance ladder paves a clear path to a measurement that is engineered for the highest precision and accuracy. 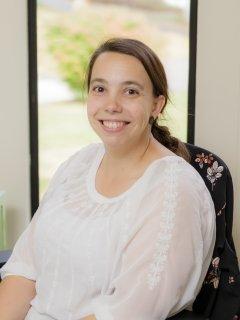