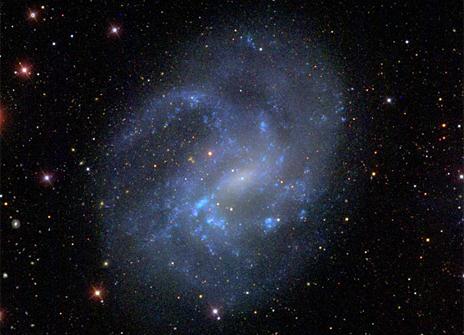 Yale astronomer Marla Geha and collaborators have identified more than 100 dwarf galaxies that show signs of hosting massive black holes, a discovery that challenges the idea that they exist only in much bigger galaxies.

“These galaxies are comparable in size to the Magellanic Clouds, dwarf satellite galaxies of the Milky Way,” said Geha, associate professor of astronomy. “Previously, such galaxies were thought to be too small to have such massive black holes.”