Charting the heavens like never before, via Sloan Digital Sky Survey 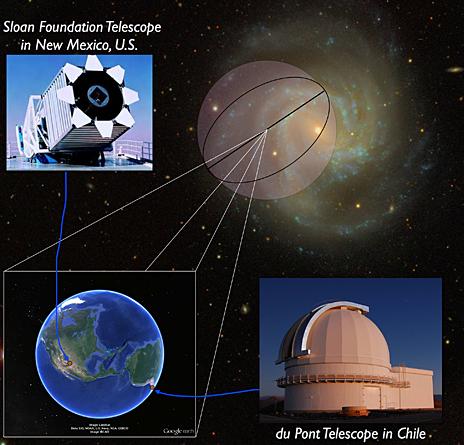 Yale University scientists are involved all of the major aspects of the Sloan Digital Sky Survey, an initiative that spans four continents and includes 200 astronomers at more than 40 institutions. The fourth phase of the survey, announced on July 15, will chart thousands of nearby galaxies, probe the composition of stars throughout the Milky Way with novel clarity, and measure the expansion of the universe during a particularly murky period.