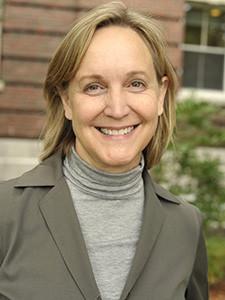 Debra Fischer, newly named as the Eugene Higgins Professor of Astronomy, is a leading exoplanet researcher.

Fischer has discovered hundreds of exoplanets, celestial bodies outside the solar system that, like Earth and its neighboring planets, orbit a star. She was a member of the team that discovered the first known multiple planet system in 1999.  Fischer’s team built the EXtreme PREcision Spectrograph (EXPRES), which has demonstrated record-breaking precision. The instrument is operating at the Lowell Observatory Discovery Channel Telescope and will be used to discover Earth analogues orbiting nearby stars.

Fischer is community co-chair of the NASA Large Ultra-Violet Optical and InfraRed study for a next generation space-based telescope. She has served on several NASA and National Science Foundation committees and as author or co-author, published more than 300 articles in peer-reviewed academic journals. She is an elected member of the American Academy of Arts and Sciences and the Connecticut Academy of Science and Engineering.