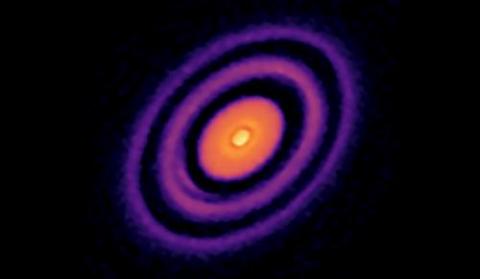 Gregory Laughlin and Malena Rice weren’t exactly surprised a few weeks ago when they learned that a second interstellar object had made its way into our solar system.

The Yale University astronomers had just put the finishing touches on a new study suggesting that these strange, icy visitors from other planets are going to keep right on coming. We can expect a few large objects showing up every year, they say; smaller objects entering the solar system could reach into the hundreds each year.

The study has been accepted for publication in The Astrophysical Journal Letters.

“There should be a lot of this material floating around,” said Rice, a graduate student at Yale and first author of the study. “So much more data will be coming out soon, thanks to new telescopes coming online. We won’t have to speculate.”

The first interstellar object known to pass through our solar system was ‘Oumuamua, first spotted in October 2017. Its arrival generated intense debate over its origins and how to classify it. Laughlin, an astronomy professor at Yale, has contributed valuable research indicating ‘Oumuamua likely has properties similar to a comet, despite the fact that it doesn’t have a comet’s telltale tail, called a coma.

Read the full article by Jim Shelton on YaleNews via the external link below.