Lighting a path to Planet Nine 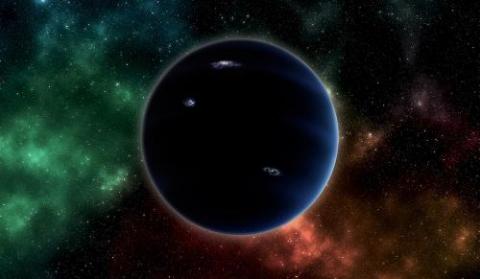 The search for Planet Nine — a hypothesized ninth planet in our solar system — may come down to pinpointing the faintest orbital trails in an incredibly dark corner of space.

That’s exactly what Yale astronomers Malena Rice and Gregory Laughlin are attempting with a technique that scoops up scattered light from thousands of space telescope images and identifies orbital pathways for previously undetected objects.

“You really can’t see them without using this kind of method. If Planet Nine is out there, it’s going to be incredibly dim,” said Rice, lead author of a new study that has been accepted by The Planetary Science Journal.

Rice, a Ph.D. student in astronomy and National Science Foundation Graduate Research Fellow, presented the findings Oct. 27 at the annual meeting of the American Astronomical Society’s Division for Planetary Sciences.

The possibility of a ninth planet in Earth’s solar system, located beyond the orbit of Neptune, has gained momentum among astronomers in recent years as they’ve examined the curious orbits of a cluster of small, icy objects in the Kuiper Belt. Many astronomers believe the alignment of these objects — and their trajectories — point to the influence of an unseen object.