A new approach for detecting planets in the Alpha Centauri system 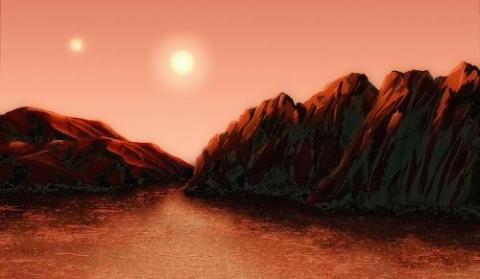 Yale astronomers have taken a fresh look at the nearby Alpha Centauri star system and found new ways to narrow the search for habitable planets there.

According to a study led by Professor Debra Fischer and graduate student Lily Zhao, there may be small, Earth-like planets in Alpha Centauri that have been overlooked. Meanwhile, the study ruled out the existence of a number of larger planets in the system that had popped up in previous models.

The new study appears in the Astronomical Journal. Co-authors are John Brewer and Matt Giguere of Yale and Bárbara Rojas-Ayala of Universidad Andrés Bello in Chile.

This has been excerpted from the Yale University Press Release by Jim Shelton.  The full release can be found at the link, below.