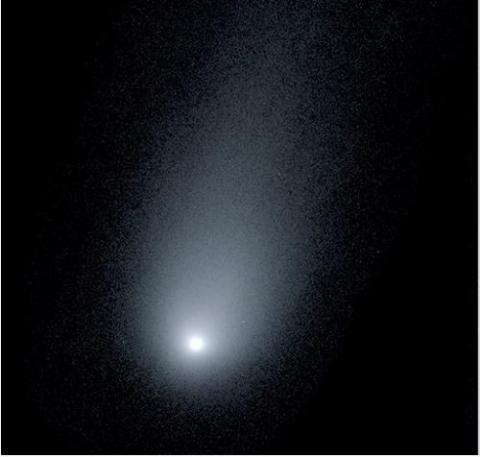 2l/Borisov, first spotted this summer, continues to draw nearer to Earth and will reach its closest approach - about 190 million miles - in early December. Researchers believe the comet formed in a solar system beyond ours and was ejected into interstellar space as a consequence of a near-collision with a planet in its original solar system.

The Yale astronomers captured the image Nov. 24 using the W.M. Keck Observatory’s Low-Resolution Imaging Spectrometer in Hawaii. They’ve also created an image that shows how the comet would look alongside planet Earth. 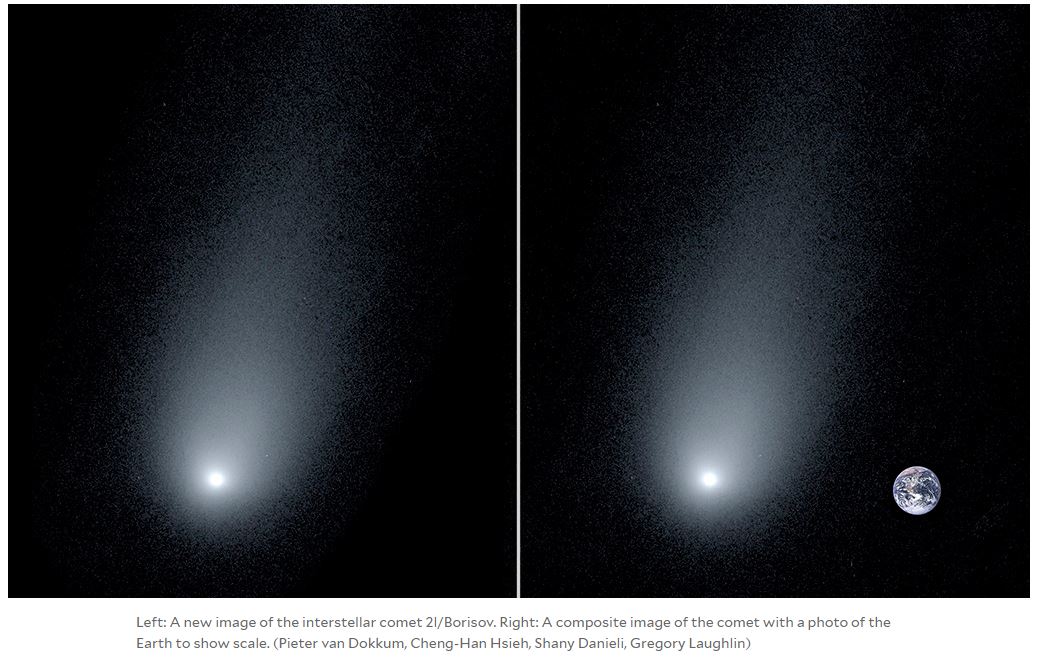