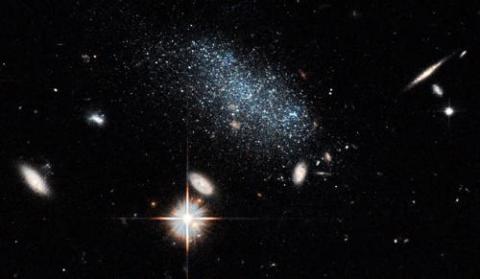 Researchers have found two, faint dwarf galaxies that traveled from the remote hinterlands of space to the brighter lights of the more “cosmopolitan” Milky Way.

Yale astronomy professor Marla Geha, former Yale postdoctoral fellow Erik Tollerud, and their colleagues made the discovery by analyzing images taken by NASA’s Hubble Space Telescope. The two galaxies, Pisces A and Pisces B, are valuable proxies for understanding how earlier galaxies ramped up their star formation activities, the researchers said.

The study appears in the Aug. 11 issue of The Astrophysical Journal.

This is a Yale University Press Release by Jim Shelton.