Sloan survey gives Yale astronomers an eye in the sky 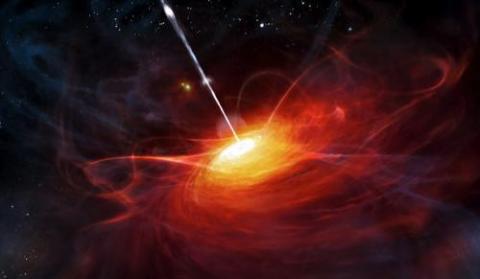 After 20 years and four previous phases, the Sloan Digital Sky Survey’s Phase V(SDSS V) is ready to give Yale astronomers a new look at the wonders of the cosmos.

The survey’s mission is ambitious: It aims to create a detailed, three-dimensional map of the universe, using a 2.5-meter, wide-angle optical telescope located at the Apache Point Observatory in New Mexico.

Previous SDSS surveys have mapped one-third of the sky. SDSS data have been used in more than 7,700 peer-reviewed, scientific papers, offering insights into the chemical makeup of the Milky Way and the structure of distant galaxies. It has also helped produce multi-color imaging for hundreds of millions of stars, and gleaned information about 100,000 asteroids and other objects within Earth’s solar system. The fifth iteration of the survey will add more information about each object observed.

Meg Urry, Yale’s Israel Munson Professor of Physics and Astronomy, who served on the advisory committee for both SDSS-III and SDSS-IV, spoke to YaleNews about SDSS’s latest phase and its potential use by Yale researchers.

Follow the link below to read the full interview and YaleNews article by Jim Shelton: