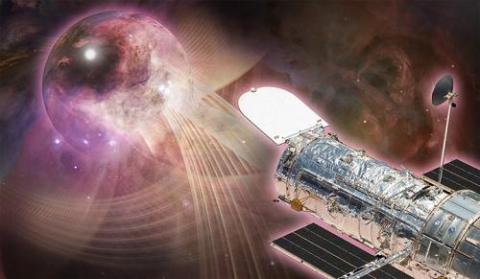 Ivelina Momcheva, a Yale postdoctoral researcher, sifted through a maze of data, piecing together clues that allowed her and her colleagues to confirm the existence of a spyglass in deep space that acts as a zoom lens into a distant galaxy in the midst of birthing new stars.  It is the farthest known example of a “gravitational lensing galaxy,” a phenomenon caused when a galaxy’s gravity warps and magnifies the light from objects located behind it. In this case, the discovery also offers hints at early galaxy formation.