Too close for comfort: Stars strip away the atmosphere of nearby super-Earths 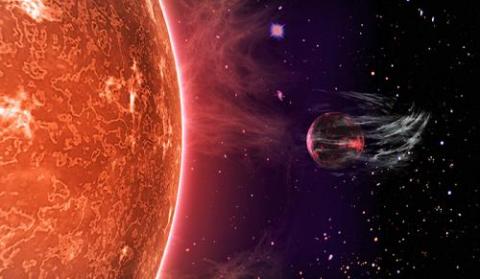 An international team of astronomers, including Yale Astronomy Professor Sarbani Basu, has found a new category of planets beyond our solar system whose atmosphere has been stripped bare by the radiation from their own sun. The findings appear in the journal Nature Communications.

The researchers used asteroseismology on data from NASA’s Kepler mission to characterize the host stars and their planets to levels of accuracy not achieved previously for these planetary systems.

“Our results have important implications for understanding how stellar systems, like our own solar system, and their planets evolve over time and the crucial role that the host star plays in the evolution of a planetary system,” Basu said.

This article has been adapted from a Yale University press release by Jim Shelton.  See below link for the full release.