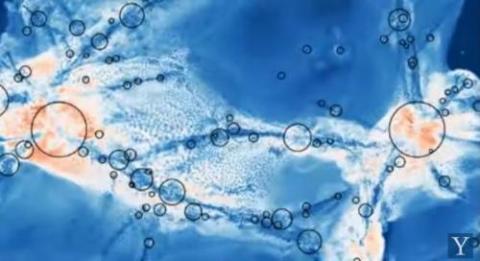 To understand the most ordinary matter in the universe — and the extraordinary things that happen to it — a Yale-led team of astronomers took a deep dive into the cosmic fog.

They learned intriguing new details about the dynamics of baryons, the collection of subatomic particles (including protons and neutrons) that accounts for much of the visible matter in the universe. Most baryons reside in the intergalactic medium (IGM), which is the space in-between galaxies where matter is neither bound to nor tugged upon by surrounding systems.

In a new study, Yale postdoctoral associate Nir Mandelker and professor Frank C. van den Boschreport on the most detailed simulation ever of a large patch of the IGM. For the first time, they were able to see how cold, dense gas clouds in the IGM organize themselves and react within much larger “sheets” or “pancakes” of matter in the vastness of space.